If you’ve followed QNDP since February you might recognize some of these photos, and if you follow me you might know of my recent endeavor to take photos of people with shaved heads. These photos were created by an alternate process called cyanotype  invented in the 1840’s. The photos are printed on paper infused with chemicals that then is left to dry over the course of about 3 hours, exposed to light with transparencies on top of the paper, washed, and then dried once more. Cyanotypes were created primarily for astronomers then photographers and eventually adopted by architects who gave them the name of “blue prints”. In the 1920’s Imogene Cunningham began to experiment with this process and eventually became known as the “queen of cyanotypes”. I hope one day to be able to be called the king of such a wonderful process. Enjoy. 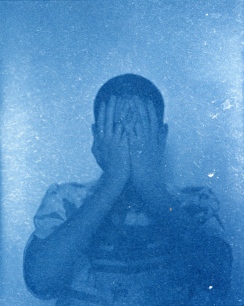 View all posts by everettmilloy